The new Merida eOne Sixty takes the top rated eOne Sixty, updates the geometry, gives it a carbon frame and internal battery to bring it bang up to date. The looks of the new bike are right up there with the best and build quality, as ever with Merida is first rate. The fantastic geometry of the previous model that we, and everyone else loved remains and is improved upon. A recent group test by E Mountain bike magazine took all the best ebikes for 2020 and compared them against each other in one big test. The fantastic handling Merida once again comes out top, beaten only by the S-Works Levo but showing that when the trails get technical it is the leader.

Here is some of what the magazine had to say: 'As soon as the trail starts heading back down, the MERIDA eONE-SIXTY 10K plays in an entirely different league. Its handling is agile, fun, very precise and defined. The new eONE-SIXTY 10K’s ability to combine composure and agility is second to none in the test field. The handling is extremely predictable in technical terrain, whether you’re going fast or slow.'

The bike they tested was the £9500 version but where it fell down was it's use of a carbon wheelset. The £7000 eOne Sixty 9000 features the same carbon frame and Fox 36 factory fork but with a factory DPS shock, DT Swiss wheelset and 12 speed XT to deliver the same performance but at a much better price and no weight limit on the wheels.

'The fork and shock never give up more travel than required and you can quickly generate speed by pumping the eONE-SIXTY 10K through rollers and berms. The eONE-SIXTY gives you a lot of pop over jumps too, making it easy for you to collect frequent flyer miles. Big jumps and drops are just as much fun on this bike as hammering over roots or gliding down flow-trails. Bonus: the MERIDA eONE-SIXTY 10K is one of the quietest eMTBs we’ve ridden to date.'

To conclude the final words of the test were:

'Anyone looking for razor-sharp handling and maximum performance on the trail will find what they’re looking for with the MERIDA eONE-SIXTY 10K. It descends better than the Best in Test Specialized Levo, making it one of the best options for enduro riders

If you want to find out for yourself, we have a test bike available. Please contact us for info. 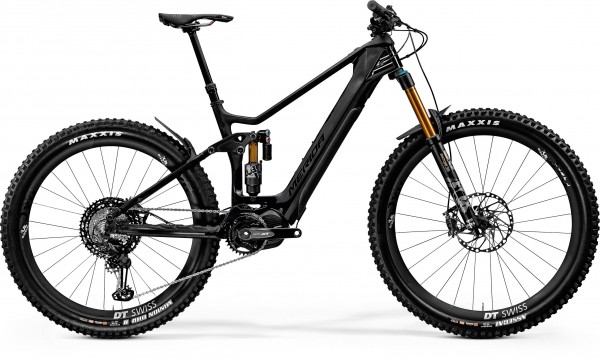 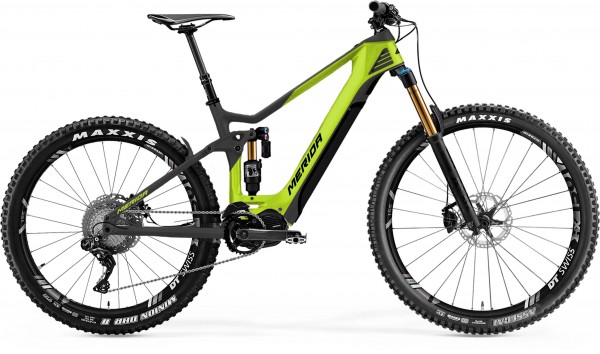 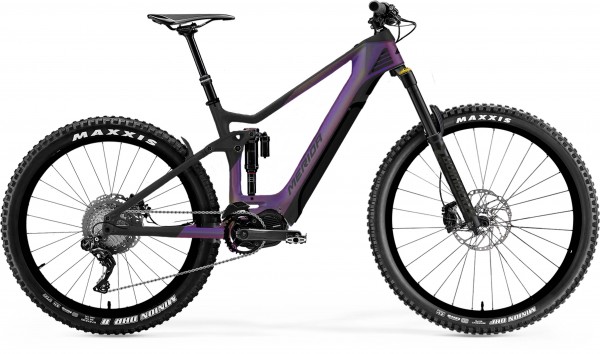